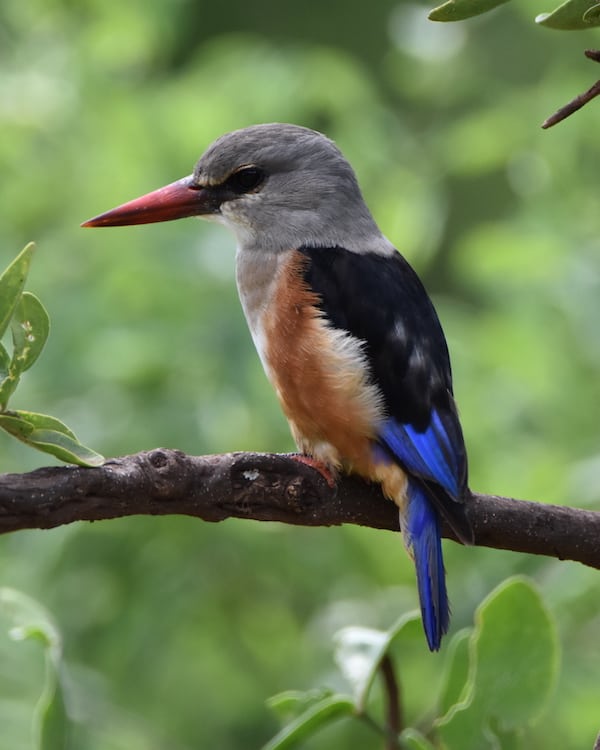 YOUR ACCOMMODATION ON SAFARI

Your accommodation on safari

We offer two sorts of safaris: camping, and sleeping in lodges/permanent mobile camps.

On a camping safari where, using equipment that may be familiar to you from your trek, you will camp either in, or near, the national parks. This is not only the cheaper option, but also the option that allows you to get closer to nature. With the camping option, in addition to the driver you will have a second crew member with you, to help the driver put up the tents and cook the food etc. Those tents and other camping and cooking equipment travels with you in your vehicle.

Those who have themselves been on ‘camping holidays’ will often have had to equip and maintain their own sites and arrange their own meals. On our lightweight camping safaris however, we regularly receive feedback from guests that they were surprised to be able to enjoy such high levels of service and care, and that the experience was a great deal more comfortable than they anticipated.

Two main types of lightweight camping are incorporated into our Tanzanian safaris:

1. Public camps within the national parks of Tanzania.

We used to receive feedback that visitors had been disappointed – particularly in the busy season – with the numbers of other campers sharing the site, and the fairly low standards of the facilities on-site. They have improved since then, and public camps are now equipped with hot showers – though the warmth of the water should not be relied upon. You can, however, still expect these campsites to be busy.

2. Private camps – usually located outside the national parks of Tanzania.

These are usually better equipped than public camps, though they are usually situated outside – but within easy reach of – the national parks. Most are equipped with hot showers and will usually also have access to electricity to recharge mobile phones and camera batteries. Many private camps also have bars.

Adventurers going on lightweight camping safaris are required to themselves supply the kit listed on our recommended personal kit check list. We provide the following equipment on safari:

Mess tents for meals (unless staying exclusively at camps which have

All necessary cutlery and ancillaries for meals and drinks.

Wash basins for rudimentary personal ablutions. In addition, most camps

Private portable toilets if staying in minimal environmental impact wilderness camps that have no permanent infrastructure.

Despite the undoubted advantages of a camping safari, there’s no doubt that most of our climbers prefer to stay in lodges or permanent camps on safari. And who can blame them? After spending a week or more ‘roughing it’ in a tent on Kilimanjaro, it’s perfectly sensible to want to stay in more luxurious accommodation on your safari.

If you don’t want to camp, then essentially you have two options for accommodation on your safari: safari lodges, and permanent tents/mobile camps.

These are essentially hotels in (or near to) the national parks. Don’t imagine a high-rise concrete block stuck in the middle of the Serengeti, however; safari lodges are usually rather charming places, often built with traditional local materials including thatched ‘Makuti’ roofs, wood and mud-brick walls.

They are nevertheless incredibly comfortable – indeed, often luxurious, with all the amenities you’d expect from a luxury hotel including, often, swimming pools, en-suite rooms, room service, and top-notch food prepared by a first-class chef. (Typically, you will have dinner and breakfast at the lodge, and they’ll also provide you with a packed lunch to eat while you’re on safari, thus saving you having to return to the lodge during the day.)

Many of these lodges have been located to take advantage of the magnificent views, particularly around the rim of Ngorongoro, of course, but also in the other parks too. And all of them will have some sort of security, often drawn from a nearby Maasai population, to protect you from any of the local wildlife.

What you will probably not get, however, is an internet connection, and almost certainly not wi-fi. And it’s true that, depending on where the accommodation is situated, water may be scarce and showers strictly limited.

These small hardships, however, are more than made up by the sheer joy of being pampered in some of the most wild and beautiful places you’ll ever find.

Such advantages don’t come cheap, however, and some of the lodges rank amongst the most expensive accommodation  in Tanzania. But unless you specifically request these ‘exclusive’ lodges, we will accommodate you in places that provide a happy compromise between facilities and fair value. 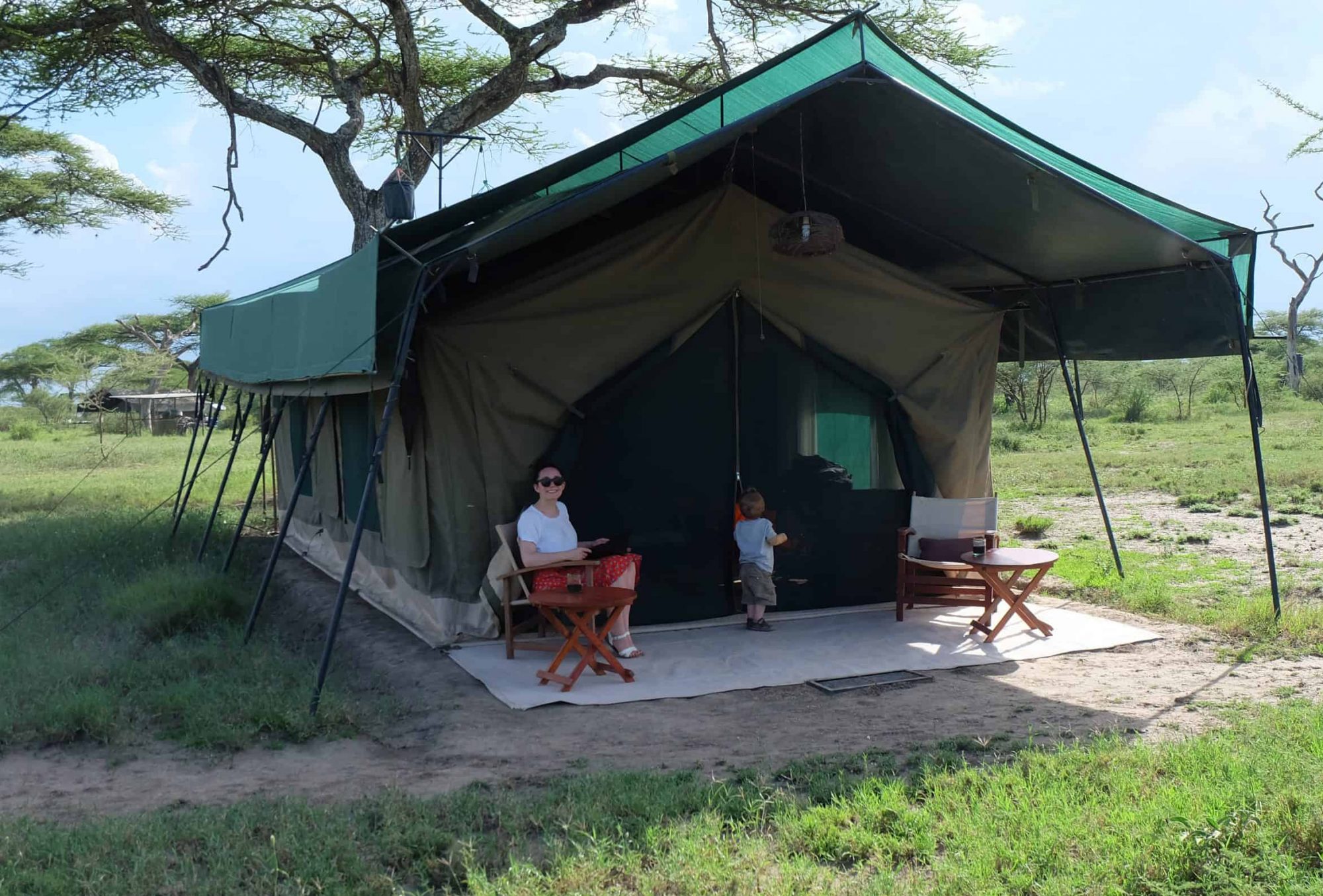 On a non-camping safari you’ll probably also stay in  permanent tents. Though the name suggests that you’ll be camping, these permanent tents are really more like canvas-walled rooms, with proper beds and furniture. They are usually en-suite too – though, again, the water itself may be in limited supply. 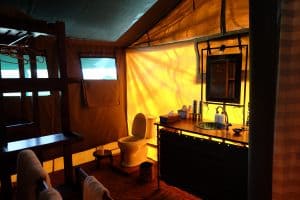 These encampments can be absolutely charming – indeed, I don’t think I’m exaggerating when I say that they are some of the most memorable accommodation I’ve ever been fortunate enough to use. Often the owners/managers of these permanent tents have to use their ingenuity to provide their guests with a comfortable stay; for example, they may use a hand-operated pump or a pedal pump in order to draw water up so that guests can have a shower.

Though completely charming, at these permanent camps you must expect electricity and water to be in very short supply.

The facilities are even more ‘rudimentary’ with mobile camps. These are camps that, while still very comfortable, are designed to be taken down every so often so they can follow, for example, the migration around the Serengeti.

So with all of these camps, it pays to have the right attitude. And rather than grumble about the amenities that are not provided, instead appreciate the efforts that are being taken to bring you the facilities they do. Then kick back under the awning of your tent, have a drink – and wallow in the unadulterated pleasure of sleeping in one of the most wonderful places in the world. 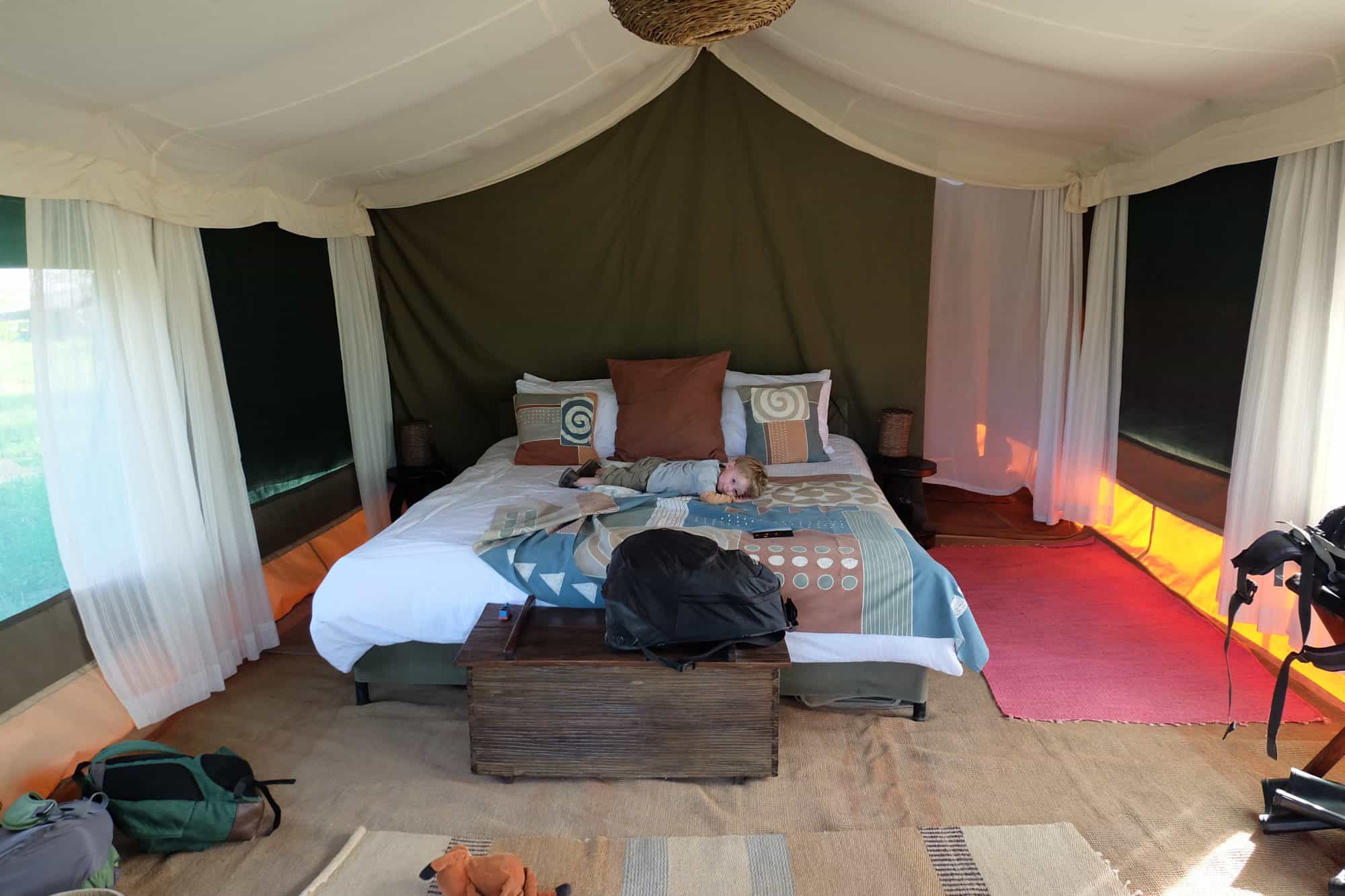